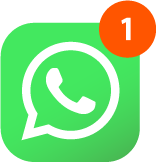 . . I wanted to start a new company that does something that is different from every other company in the world, I wanted to do this on my own, without a marketing department, without a technology department, and without a finance department, because I think that business models in which you have those other departments are incomplete, and that what makes our world different from others is a community, is a network of people, a network of companies, a network of businesses. In addition, I didn't want to build a traditional business that is based on IP laws, I wanted to build a business that is based on principles, and I wanted to be able to generate money that would help me to achieve my objective. How do you run your business? The goal is to show customers what we're doing, how to do it, and that it's a real thing, and it works. The goal is to teach customers how to achieve certain kinds of community, which is why I think it's an educational model. I want them to learn what is real community, which is more than a company, it's a network of people, it's a network of businesses, and it's a network of ideas that can't be owned by one person. That's what I call Community in a Box, which is how I describe what I'm doing. So it's a commercial product, but the goal is to teach people how to build communities, and how to achieve certain kinds of outcomes. How has Community in a Box been received so far? It's received incredibly well. I think our community has been one of the most vibrant, supportive communities of any company, that I've ever been associated with. I think that because of that we've had some incredible customer support. So it's been very rewarding. We've actually had some customers really try to get an education on what we do, and they've got their own communities now, and it's a lot of fun for us to watch that happen. How many copies do you think you will sell in a year? We're about a third of the way through the year, and I think we're going to be at 50,000 copies by year-end, but I think that's going to be by the end of next year. I think that we're going to get even more successful after that, because it's an educational product. We want people to go in and learn how to achieve certain kinds of results, and I think